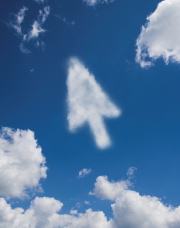 As cloud computing becomes the next big consumer IT trend, it’s also on the verge of revolutionizing the way research is done. Using the Internet-enabled cloud model as inspiration, biomedical informatics scientists at The Ohio State University have created the Translational Research Informatics and Data (TRIAD) management grid, a system which is helping researchers around the world access and analyze biomedical data at an unprecedented pace.

“With the current technology, a researcher might dedicate more than 100 hours to connect the dots between a set of tissue samples, the individual medical histories for the patients who provided those tissues, and then analyzing the group as a whole. With the TRIAD platform, researchers can now execute this type of search and analysis in minutes,” says Philip R. O. Payne, chair of the department of biomedical informatics at The Ohio State University Medical Center.

The development of TRIAD started a year ago when a team led by Payne and Dr. Rebecca Jackson, principal investigator of Ohio State’s Clinical and Translational Science Award, received funding from the National Institutes of Health to build a new system to meet the growing and unique needs of translational researchers. TRIAD has been so revolutionary for the biomedical informatics field that the research team recently received an additional $300,000 in funding to complete the grant’s specific aims and help extend and support its implementation at other academic research institutions.

Cloud computing is a term used to describe a system that allows easy access to a shared pool of resources (e.g., applications, servers, storage, networks) that can be quickly allocated and released with minimal effort by an administrator.

Built on the framework of the caGRID, a successful middleware platform that Ohio State created for the National Cancer Institute (NCI) in 2005, TRIAD pulls all of the data into a cloud where it can be translated into a language that the end user’s data analysis tools can understand, regardless of the tool(s) the end user is running. Further, because TRIAD works with existing research databases such as REDcap and I2B2, its adoption doesn’t replace what researchers are already familiar with, but exponentially expands what information and types of data repositories they are able to access.

Currently, nearly 20 sites, including several other NIH-funded programs, have adopted TRIAD. The critical pieces to the success of TRIAD are its open-source and collaborative design, development, technical documentation, best practices and software components.

With the new funding, TRIAD creators will look to build out tools to help scientists further integrate and utilize this technology to create even larger “network of networks.” Once the tools have been developed, the team will work to educate the research community about its availability and assist with adopting and evolving the platform.

Payne’s team has also observed that one of the major barriers to adopting the TRIAD platform is that most institutions do not have the technical resources for implementation and support. The researchers are currently exploring a partnership with a private vendor to create an offering that can provide round the clock support, something that could also bring new technology jobs to Ohio.